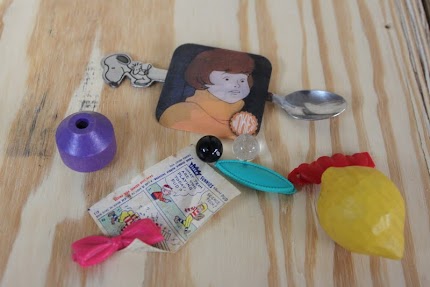 As my days of stripping (furniture) are coming to an end, I find myself reminiscing about all the oddities and treasures that I have come across in the past year.  Finding cool stuff was definitely my favorite part of stripping furniture.  Sure, most of the “stuff” I found in the nooks and crannies was junk or trash but every so often I would discover a cool thingamabob.  It may have been as simple as a Lego or a charm but it was the idea that it was someone’s Lego or charm that made it intriguing.  It made me start to think of what memories I would have found in the furniture that I grew up with.

After many hours of research, here is a list of the top 5 things that would most likely be found in a generously used piece of furniture:

3.) Guitar picks (who would have thought?)

4.) Small toys or pieces of toys

Some of our less common discoveries have the best stories.  A while back we found an English newspaper from 1998.  I know that doesn’t sound very old, but that is nearly 15 years ago.  In the paper there was a sweepstakes to win a trip to New York City with a large photo of the New York skyline with the Twin Towers still in place.  It was rather chilling.

More recently, I found what might be the largest remote control I have ever seen.  By the size of it, I estimated that it must have been produced circa 1991.  It was so over sized that it was comical.  I bagged that sucker and insisted that it be returned to its rightful owner.  Upon receiving their long lost remote control, we learned that its disappearance caused several arguments.  This happy couple can finally close the case of the missing remote. I regret not taking a picture.

As a Sprucette stripper, my secret hope was to find a suitcase full of money buried in a cushion.  Sadly, that day never came.  Here are some of the things I found instead… 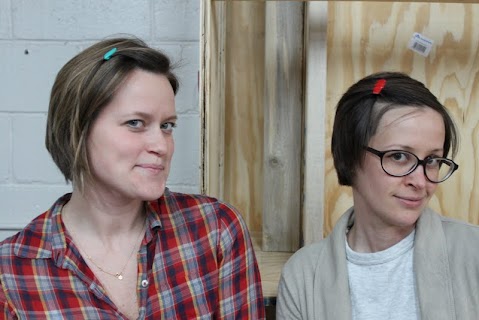 All of the change we find really adds up!  Your contribution to our beer fund is greatly appreciated. 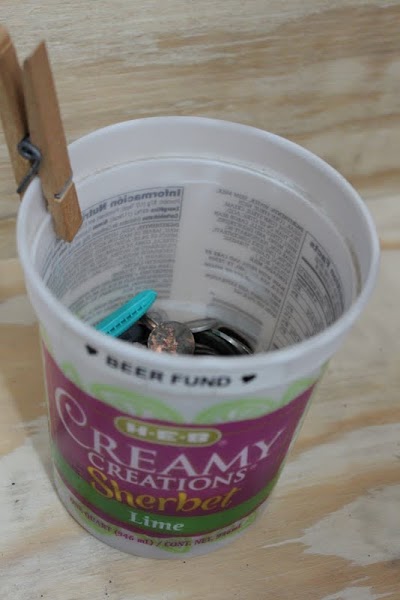 The goodies in these next few pictures were all found in one chair.  With every layer of fabric that i pulled back, I found more treats. 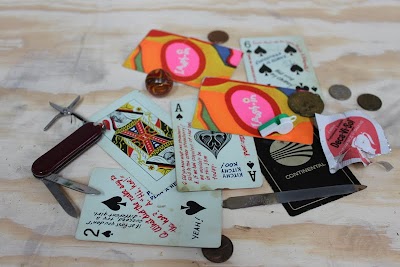 This was no ordinary deck of playing cards.  They were appropriately called “laugh-in playing cards”.  Complete with jokes and funny faces.

A “professional sample” of chewable vitamins. 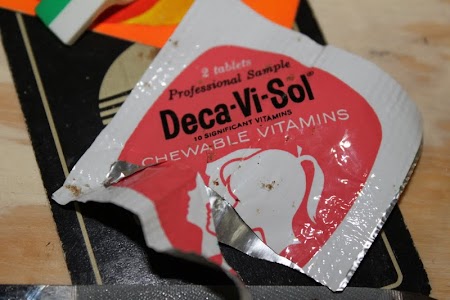 As you can see, stripping furniture can be quite a thrilling experience.  I must confess that while I am bummed that my days of pirating through cushions are over, I am excited to be upholstering 5 days a week now.  Living the dream!

*** Just to be clear… I am not leaving Spruce.  I am only relinquishing my duties as the Sprucette stripper so that I can now upholster 5 days a week.