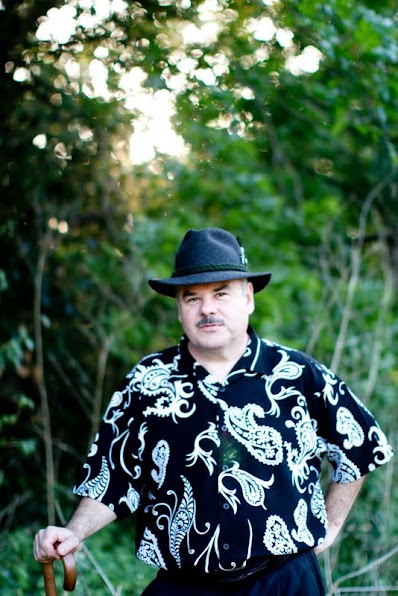 Have you ever wondered what 40 years of upholstery looks like?  Well now you know.  For those of you who are unfamiliar with the gentleman above, allow me to introduce you to Frank Barnhouse.  Yesterday, (August 15th) Frank celebrated his 40th anniversary as an upholsterer.  FORTY YEARS!  That is incredible!  Frank has been particularly special to me for a couple of reasons.  Frank and I came to Spruce around the same time.  Although I was only stripping furniture in the beginning, I always kept an eye on him as he worked, trying to silently learn.  When my apprenticeship began last September Frank became my Mr. Miyagi and I became his young grasshopper.  While I still have years of knowledge to learn, I know that I have absorbed invaluable amount of information from Frank.  In essence, he is teaching me how to fish….and feeding me for a lifetime.

If you ever get the chance to get to know Frank I highly recommend it.  He has a fascinating story.  Here is a snippet…

Mr. Barnhouse was introduced to his life-long trade of upholstery when he was a mere fifteen-year-old lad.  He was living in Germany at the time and just completed the 9th grade.  His grandmother essentially let him know that he was going to be an upholsterer for no other reason than…well…because there would always be a need for it.  While learning the trade of upholstery, Frank also mastered wallpapering and carpeting.  The structure of his education was a bit different than how things are done here in the states.  He would go away to school for 6 weeks twice a year and then return to do his upholstery for the remaining time.  He recalls that his very first day was spent learning to hand sew pillows.  He has admitted that if his grades would have been a bit better he would have chosen architecture.  Frank’s love of design was reflected when I asked him what his favorite kind of upholstery projects were.  Frank’s response, “Anytime I get to build the frame myself.  I love getting to design the furniture”.  His least favorite jobs are “anything that is too easy”.  What a show off!

Frank has had nearly every type of upholstery job you can think of.  He has done everything from working for himself to working in a factory.  One of his favorite jobs while living in San Francisco was working for Randolph and Hein for several years. Out of all the jobs that Frank has had in the past 40 years, I think it is safe to say that he has never worked with an all-female staff.  I like to think that he likes it better that way.  He gets baked goodies on a weekly basis and gets to be entertained by our silliness.

We here at Spruce feel so lucky to have Frank…and hope to have him for much longer.  Thank you Frank for all of your hard work and for being so patient when you hear, “Hey Fraaaaank….I need your help” one million times a day.