Imagine being paid to jet set across the globe and take photos of gorgeous places for major publications such The New York Times, Southern Living and Esquire. Enter Austin-based photographer Ryann Ford, who has spent most of her adult life doing just that. Envious much?

Just a couple of years ago, Amanda was spending some quality time with Ryann, creating all of the photography for Spruce: A Step-by-Step Guide to Upholstery. Ryann – who specializes in shooting architecture and interiors – was asked by our publisher Storey to shoot all of the photography for the Spruce book. After months of working together, Amanda developed a close bond with Ryann, and we consider her an unofficial Sprucette.

Ryann took some time out of her busy schedule to answer a few questions for us. Learn why we love this inspiring and talented lady! 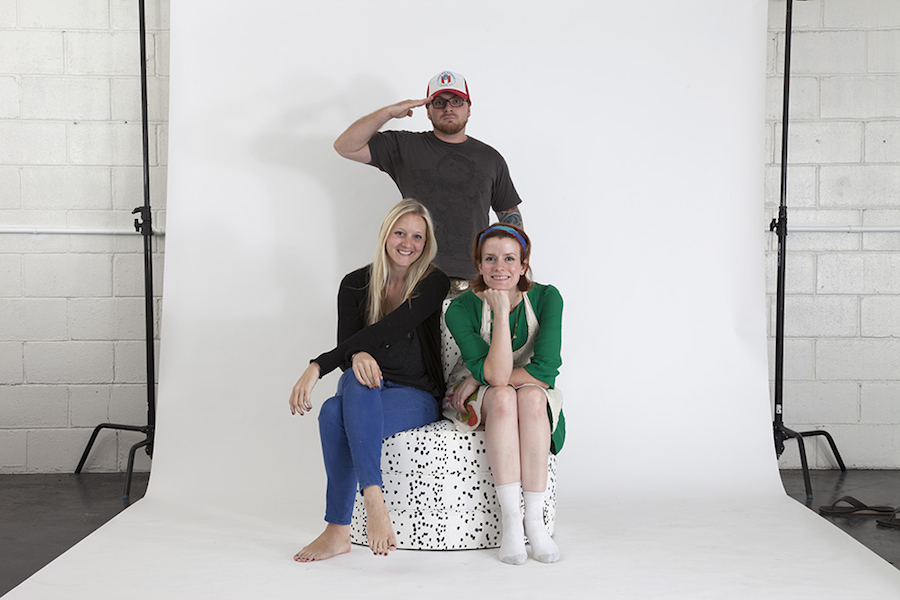 Tell me about your involvement with Spruce and what it was like shooting DIY tutorials. How was this different from other projects you’ve been a part of?

My bread and butter is shooting mainly interiors for home magazines, interior designers, architects – but this was mostly studio photography. I normally finish a project in a day or two, but we shot this project over the course of 25 days, or something like that! It was a really big project! Knowing nothing about upholstery going in, it was interesting creating nicely composed, beautiful shots that could clearly illustrate the steps.

Did you always have an interest and an eye for architectural photography? How did you get interested in shooting design, places and spaces?

When I was in photography school at Brooks Institute, I was terrified of photographing people, so I picked a major that required the least amount of people photography. One of my options was taking an architectural photography class, so I gave it a whirl. I ended up really loving it. I got an internship with Resorts & Great Hotels (now defunct), which involved going on a few hotel shoots with the staff photographers. That’s when I got my first taste of amazing design. My internship turned into a photographer’s assistant position – and I spent the next three years traveling the world, staying at and shooting the world’s best hotels. After a while, I was ready for a change of pace, so I moved to Austin from California, decided to go freelance, and started taking on more residential shoots. 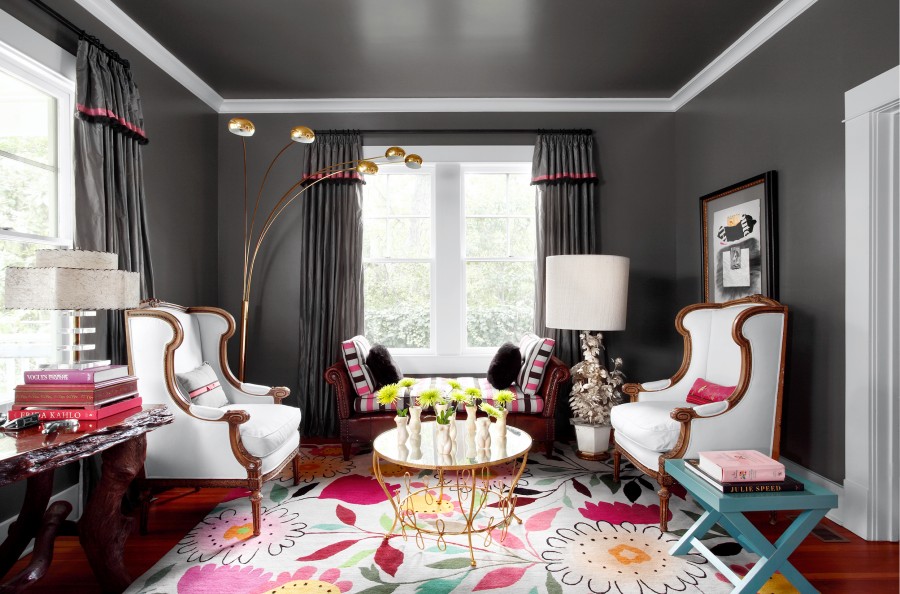 What’s your favorite part about your job? Least favorite?

My favorite part of my job is seeing so many amazing homes and spaces, because I love design as much as I love photography. If I weren’t a photographer, I’d probably be an interior designer. I also love the travel, even just road trips across Texas. I’ve never been a 9-5 person. I love that every day is different and brings a new adventure. As a photographer, the opportunities that come my way on a daily basis are just crazy – from riding a longhorn, to shooting solar panels 100 feet up from a bucket truck, to feeding foxes hot dogs from a client’s kitchen window.

What projects have you been working on lately that you’re excited about?

I’ve been putting the finishing touches on a personal project that I’ve had in the works for about four years. Shortly after moving here (seven years ago), and while driving around Texas for different shoots, I started noticing those little picnic areas and rest stops alongside the highways. I noticed that a lot of them looked old – and some were really fun, shaped teepees or made of giant wagon wheels. I did a little research and learned that most of them are from the ’50s and ’60s, and many of them are being demolished due to budget constraints. I decided they would make a great photo project, and to date have shot over 150 of them all across the country. I am currently shopping the series to book publishers, and selling prints on my Etsy page and at Mockingbird Domestics.

You’ve shot for several fantastic people over the past decade. What have been some of your favorite and most memorable places you’ve captured?

One of my all-time favorite shoots was shooting a local movie director’s bunkhouse near Bastrop, designed by architect Henry Panton. The place is magical. It was the first time I ever worked with stylist Adam Fortner of Creative & Sons (who is my main stylist nowadays!), and the two of us had a blast shooting this amazing, modern cabin in the woods. As we were packing up, the forest came alive with fireflies; it literally sparkled. We still reminisce about that shoot.

Before my rest stop series, I did a personal project on the Salton Sea in southern California.  Anyone that’s ever been there is either disgusted by the place or falls in love with it. I definitely fell in love. It’s a landscape like no other. I would give anything to be able to go back in time and see the place in its heyday – the fancy hotels, the yacht clubs. The place had big dreams, but a series of floods and questionable water quality led to it becoming a ghost town. 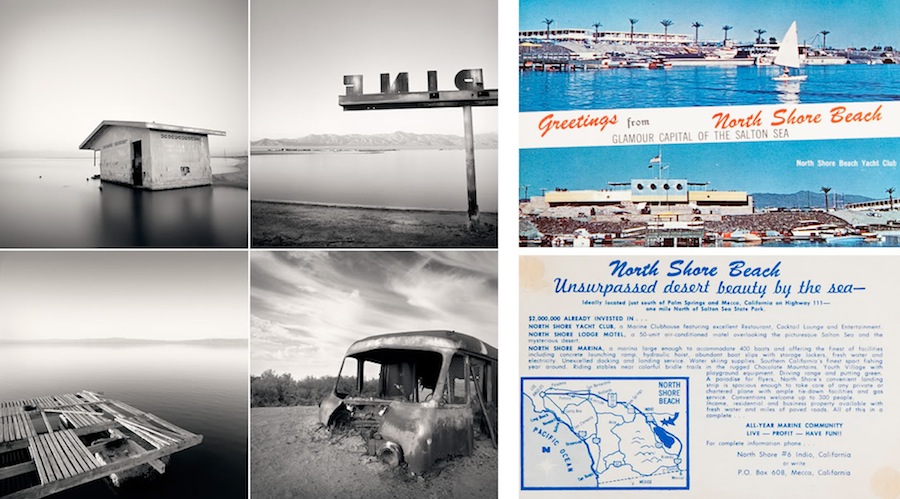 Ryann Ford’s photos of the Salton Sea (left), and a postcard of North Shore Beach in all of its former glory.

Could you name-drop some of the people you’ve worked with (locally and nationally) who have awesome style?

EEK, there are so many! I really love when spaces are both well-designed and fun, and have unexpected elements. Elizabeth Stanley is one of my favorite designers, and I also love Kimberly Renner, who just opened a store here in town. Architect Jim Poteet in San Antonio is doing some amazing architecture and interiors work, too. I’m also a big fan of Chris McCray. He’s been doing a lot of great commercial design around town (including the Uchi team’s new project, St. Philip), and I was lucky enough to have him do a few things for my home, too! 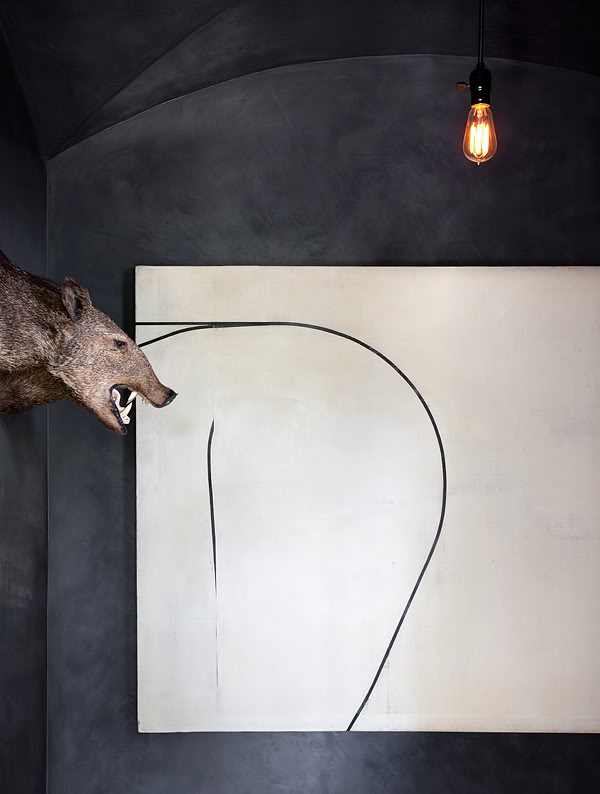 A space designed by Elizabeth Stanley; photo by Ryann Ford. 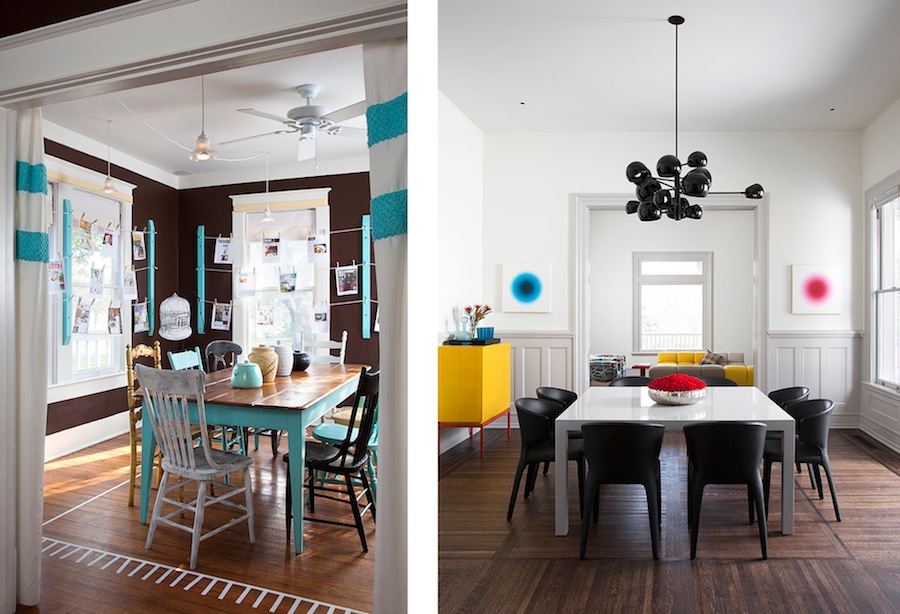 What are your favorite places in Austin – both for photographing and hanging out?

I’m still a fan of the Alamo Drafthouse after all these years, and I love to go to new places just to check out the design. Benji’s Cantina has great oysters and one of the most gorgeous rooftops in town, designed by another one of my favorite designers, Jamie Chioco. I love to take my pups to run around, and Commons Ford Ranch Metropolitan Park is one of best semi-secret places in the area.

Photo (and featured photo) of Ryann Ford by Lisa Woods.

What was the first camera you ever owned? And what’s your camera of choice these days?

The first camera I ever owned was a Pentax that my dad brought back from Vietnam. I fell in love with photography with that camera, and used it all through high school. These days I shoot with a Canon 5D.

The architecture of my house is modern, and sometimes when you mix modern on top of modern, it’s a bit too expected and cold. I love vintage pieces — things I’ve either salvaged from the desert, or gotten at farm auctions when I go to visit my parents in Wisconsin, so my house is definitely eclectic. It’s a mix of new, modern pieces, layered with a lot of rusty junk. I once heard it called Flea Market Chic, ha! Like my favorite designers, I love fun and funky accents. Everything in my house comes with a great story.

Thank you so much, Ryann. You’re a total doll. Send us a postcard the next time you’re on the road!