If you were online at all in November, you know that Katherine and I were zipping across the country for three weeks promoting the new Spruce book and meeting so many enthusiastic designers and furniture rescuers. 10 cities, classes, and book signings, 105+ students, and 3600 miles later, I’m still reeling and recouping from the excitement and chaos of it all! Here are many of our favorite moments and a few of our not-so-favorite moments from the Spruce Book Tour.

Best of the Spruce Book Tour

Best Accommodation. The Jefferson House, Franklin, TN. After a VERY hectic first week, Katherine and I arrived here, just outside of Nashville. We filled the rooms of this turn-of-the-century home with the smells of bacon and coffee and the sounds of Nat King Cole Christmas.

Best Grits. Tivoli & Lee, New Orleans, LA. It became very apparent after our first few cities that grits and pimiento cheese are quite popular in the Deep South. I love me some grits (especially since they accommodate my gluten-free diet), and these were made with heavy cream, lots of butter and salt! I’m still drooling…

Most of our days were packed to the gills from sunrise ’til the time we got some zzzzs, so we ate A LOT for breakfast. There was a limited selection of gluten-free baked goods, but I did live vicariously through Katherine, who ate either pancakes or biscuits daily. These next two places are awarded by her.

Best Dinner. 2nd Empire, Raleigh, NC. A splurge well worth it. We were seated next to a signed photo of Deb (Jennifer Carpenter) and Dexter (Michael C. Hall), who apparently like this place, too!

And now for the highest honors of all! Drum roll, please…

1st Place. The day we arrived in Raleigh, NC, we planned on checking into our hotel and heading to the airport to pick up my hubs. Apparently, Siri was smoking crack that day because we wound up driving in circles all over town. Did you know there are three Wake Forest roads in Raleigh? The second Wake Forest was a dark, narrow, DEAD END residential road. Mind you, we’re driving a large truck with attached 12-foot enclosed trailer. Every driveway was too steep to back into, so I spent about 20 minutes maneuvering what seemed like a 100+ point turn in the midst of a seven-months-pregnant temper tantrum.

2nd Place. Making and eating a soggy lettuce wrap in the freezing rain next to the gas station pump after the first 15 hours of a 32-hour day. This was day one, by the way.

Best Moment Award – There were so many of these, it was hard to pick only two!

1st Place. Hanging out with the editors of HGTV.com in Knoxville, TN. That’s all of us at the top of the post after bench class!

2nd Place. Meeting Diane Montgomery (right) and Emily Auman (left) at Malaprop’s Bookstore in Asheville, NC (photo above). Diane has been a long-time Spruce supporter and asked me to sign her webbing stretcher! I felt like a celebrity! 🙂 She and Emily are upholsterers at New Coverings in West Columbia, South Carolina. Way to live the dream, ladies! 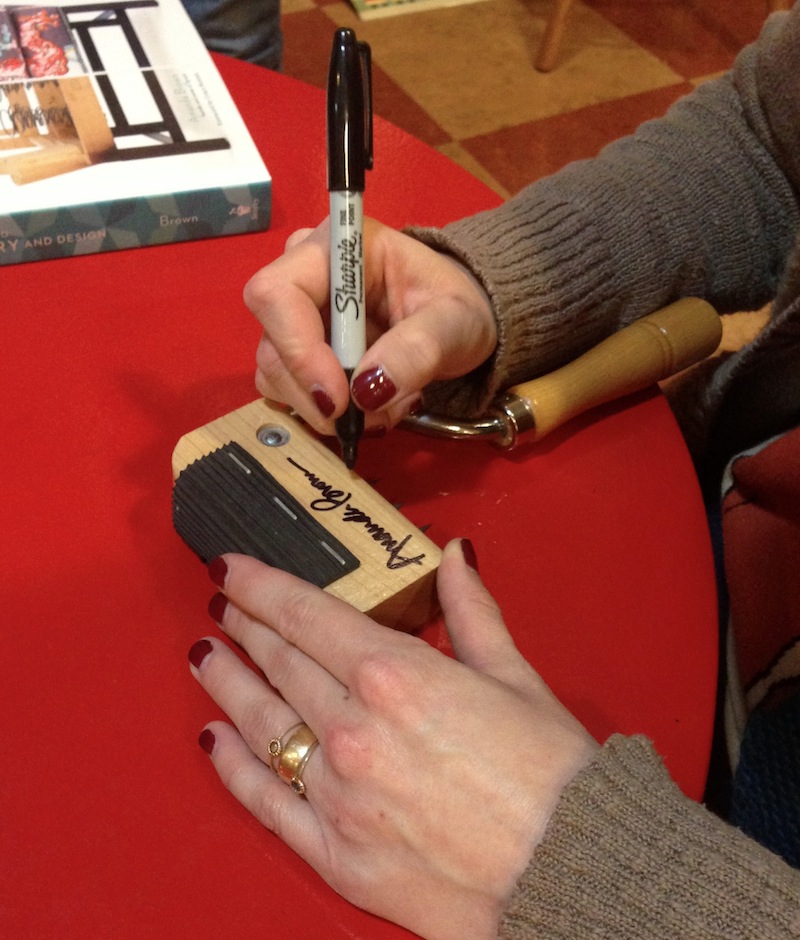 Thank you times a million to EVERYONE who made this trip possible! Without Storey Publishing, all of our amazing hosts and hostesses (see them all here!), the Spruce staff (especially Katherine who did a lot of heavy lifting on tour!), and our wonderful supporters and classmates who met us on tour, we’d have been twiddling our thumbs from Spruce Headquarters in November. Very special thanks to all of the blogs and media who have helped spread the word about the Spruce book and tour. And last but not least, thank you to the guardian angels who popped up in several of the cities to lend a helping hand: Michelle Brown, Martha Hopkins, Becky Johnson, and Keith Brown (that’s me and the hubs below on tour). 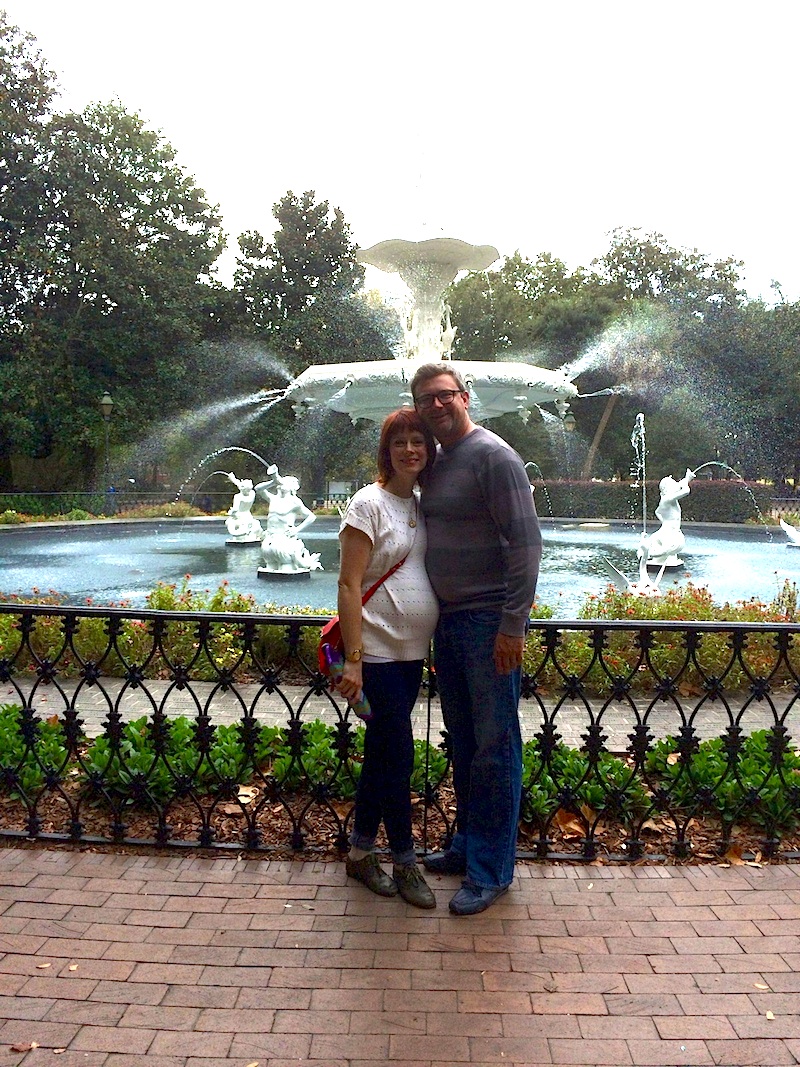